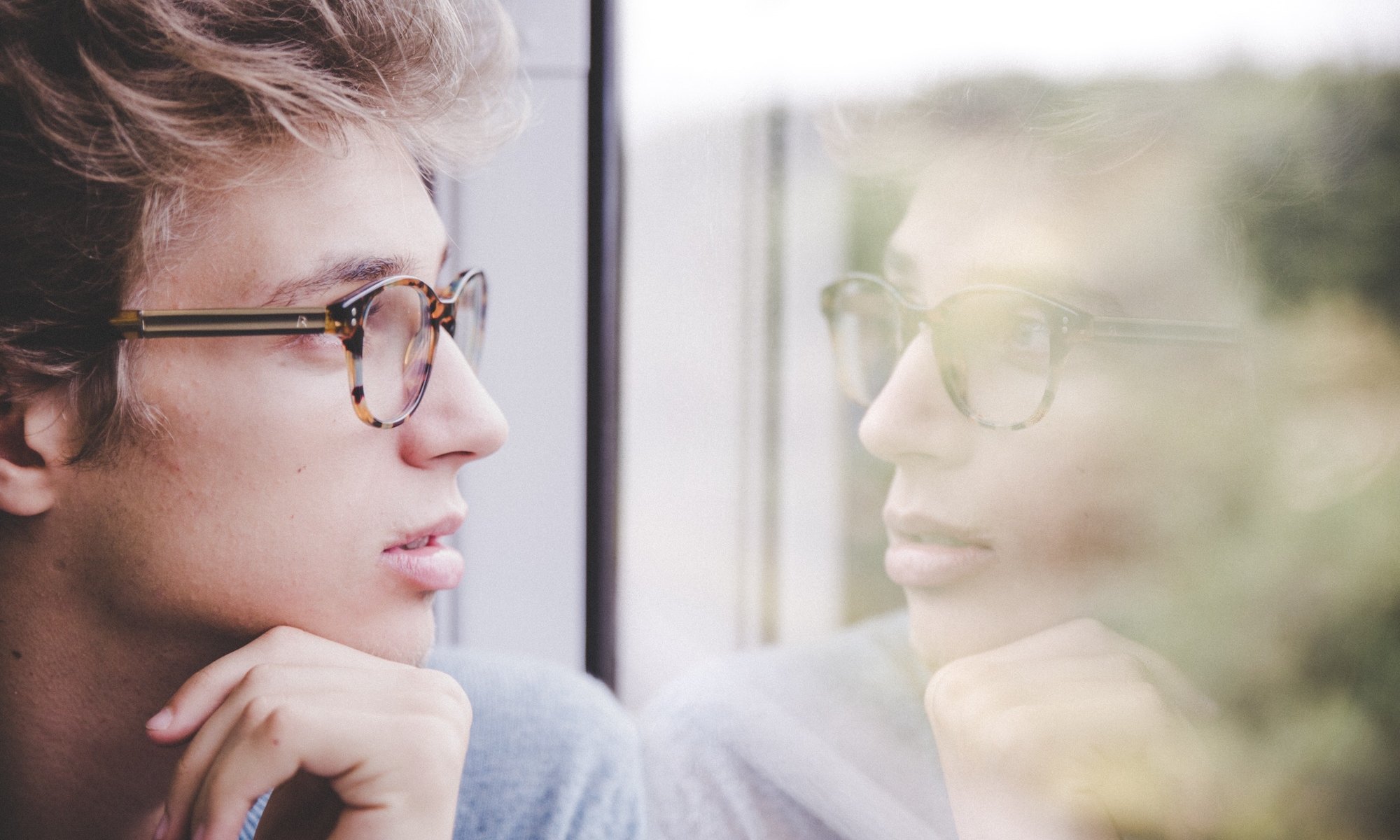 Whether dealing with latecomers, the prevalence of mobile devices, or the incidence of learning and language difference, approaches to facilitation can have dramatic effect on the experience and outcomes of education. Two contrasting examples are placed side-by-side in this narrative description of a hypothetical digital workshop. The first person narration takes its reader on a present tense journey through the successes and challenges of teaching a diverse student cohort. Rendered in parallel, positive and negative attitudes to inclusive practice reveal how the tutor enacts his role to greater and lesser effect. This juxtaposition gives rise to a version of best practice that begins with respecting learners and ends with an enhanced experience for tutor and students alike. End notes expand on the scholarly basis for the ideas expressed in the story.

I am a Technical Tutor for moving image and deploy this skill as a central resource, without alignment to any one course. My remit is to deliver a procedural appreciation of editing software. The programme will run for several weeks with a step-by-step approach that will deepen learning at each weekly workshop. The aim is to introduce and demystify new tools so that, over the sessions, students will learn to successfully edit their videos. There are 20 names on the list; 2nd year undergraduate students who need to make short promotional videos, but will likely have no previous experience as filmmakers.

This article was created in InDesign – please click on each panel to enlarge. If you would prefer, you can download the article as a PDF. 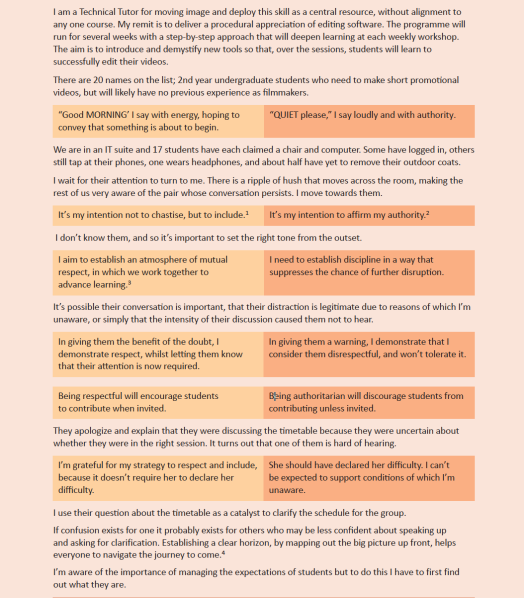 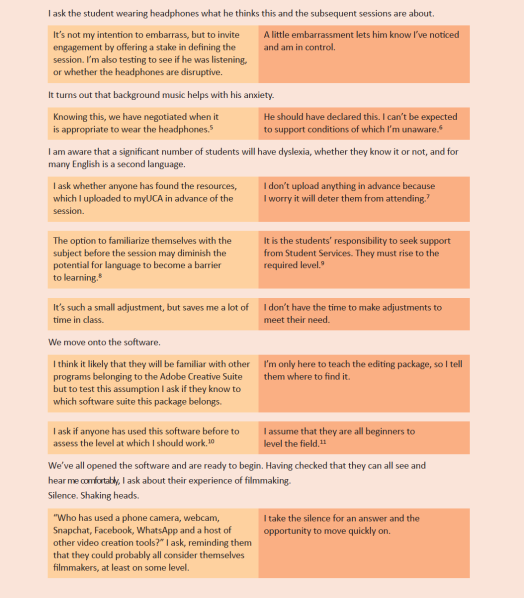 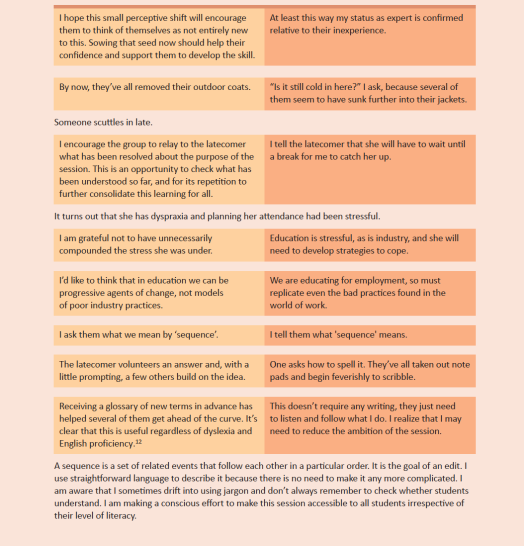 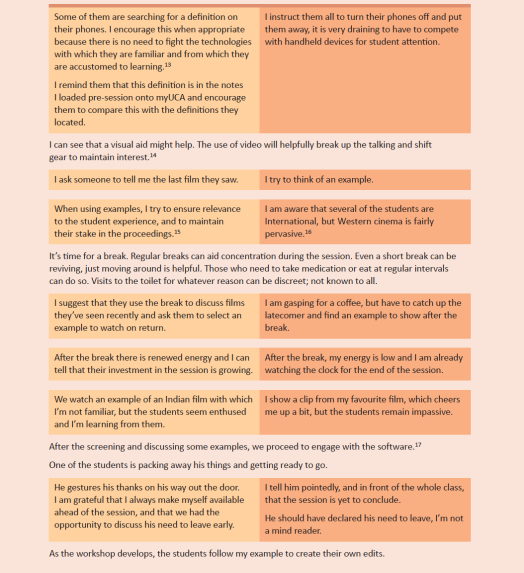 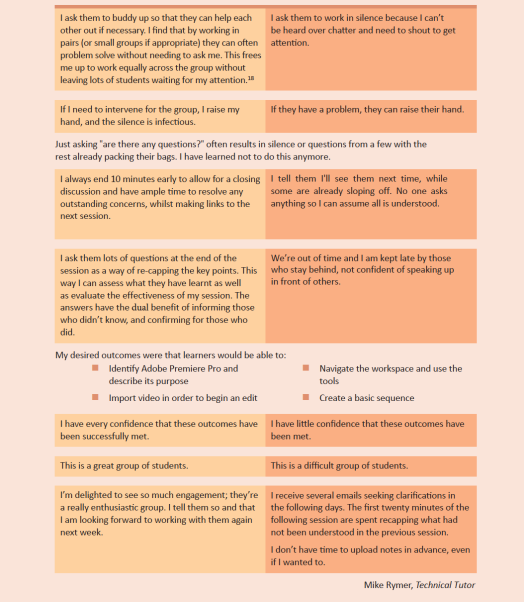 Blair, B. (2011) At the end of a huge crit in the summer, it was “crap” – I’d worked really hard but all she said was “fine” and I was gutted. In: Bhagat, D. & O’Neill, P. (Eds.) Inclusive Practice, Inclusive Pedagogy: Learning from Widening Participation Research in Art and Design Higher Education. Croydon: CPI. 159-175

One Reply to “A tale of two workshops”